Introduction
Infrared testing is still one of the most common non-destructive testing techniques in the world. It is accurate and reliable, remote, unintrusive, and economical. Engineers across industries use it for mapping surface temperatures and detecting flaws on objects such as an aircraft, a sports utility vehicle, or a pacemaker. Over the years, infrared testing has become the go-to method for testing objects and detecting issues on them that the naked eye and other traditional methods cannot.

What is Infrared Testing?
Infrared testing is a form of measurement of electromagnetic radiation that is emitted by objects into the atmosphere. By the law of electromagnetism, the frequency of electromagnetic radiation is inversely proportional to the temperature. This radiation (or temperature difference) is measured after converting it into electrical signals in order to detect any slips, breaks, or micro-cavities in the object being tested.
The power of infrared testing, which is sometimes also known as infrared thermography, lies in its ability to detect even the tiniest of gaps through thermal imaging. Its unintrusive detection is another great advantage pushing its relevance in the twenty-first century.

Using Infrared Testing for Modern Applications
All of this makes infrared testing a sought-after technique for testing everything from inaccuracies in a medical device to detecting infinitesimal cracks in a tile to finding gaps in a space device. A wide range of auxiliary instruments like an integrating sphere and collimators further improve the ability and accuracy of infrared detectors.
The following modern-world applications prefer infrared testing for one or more of its features. But most engineers agree that the USP of infrared testing is that it does not “inconvenience the users” or require the machine/process to stop during the testing. In modern engineering, that’s a great advantage.
Anyway, here are some of the most important applications of infrared testing:

Testing Heat Flows in the Aerospace Industry
It would not be wrong to state that aerospace is one of the few industries that aim for continuous innovation. Service engineers and manufacturers are always on the lookout for lighter and efficacious inventions to aid in improving aircraft performance and safety.
One such invention involves the use of infrared testers to assess the heat flow of new composite materials in aircraft building. Knowing what new materials and their combinations can be used to make an aircraft lighter yet safer is always on the agenda. But such assessments also require high thermal resolutions and high frame rates (+100 Hz) and that is where the auxiliary instruments can help.
For example, blackbodies by CI Systems can act as a measurement helper in aerospace for its ability to absorb all incoming light. The SR800 is a bestselling blackbody radiation source used across industries. 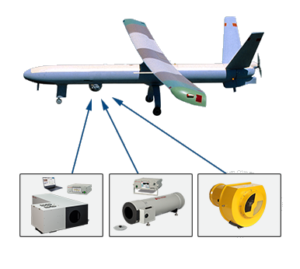 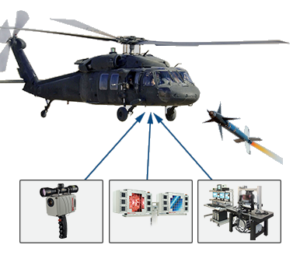 Thermal Imaging in the Automobiles Industry
From testing flaws in active airbags to testing new composite materials for an auto’s outer frame, infrared imaging is an integral part of the research and development field in the automotive industry. Although there’s speculation that the world has reached ‘peak car’, manufacturers are still competing with each other to find the best ways to make their vehicles lighter, safer, and faster.
Why infrared testing is preferred is again for the same reason: automobile parts can be tested for efficiency and flaws while they are running. This also gives before-and-after testing capabilities for engineers while minimizing costs.

Measure Temperature Distribution in Chemical Reactions
The innovations in the chemical industry require a lot of testing between different elements. Scientists sometimes have to do some guesswork and mathematical calculations to understand how two or more different chemicals may react when combined. But still, these calculations may not be enough as chemicals can act in surprising ways.
With thermal imaging, the chemical reaction and the whole process can be studied from a safe distance. Safety as well as better inspection are the pros of using infrared imaging in the chemical industry.

FLIR in the Military
Forward-Looking Infrared (FLIR) cameras are in great demand these days. They allow military aircraft to detect heat sources from great heights. This helps in enemy base detection in problematic areas where terrain treading would be difficult. When compared with conventional night-vision devices, they have an upper edge in terms of specific infrared range and the ability to view the heatmap via video.
Often, there is a need to customize such cameras for better visibility and range. For instance, CI Systems’ FLIR testers series is an integration of a collimator, blackbody sources, and a target wheel. As a valuable provider of infrared equipment for more than 35 years, CI Systems is often the go-to partner for such customizations. 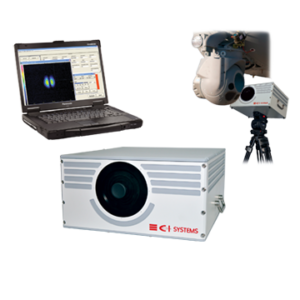 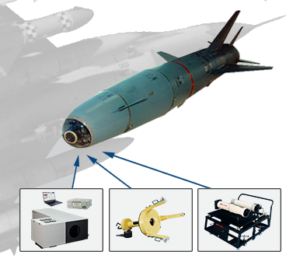 Infrared Testing in Electronics
This is another valid use of infrared testing to detect minute loose connections and contacts between electronic devices like transistors, diodes, microprocessor chips, and bushings. In modern PCBs, these connections are machine-pressed for neatness. However, there can still be stray gaps present in such assembly-line production outputs.
According to NDT Research Center, electrical failures often occur when there is a temperature rise of over 50-degree Celsius. With infrared testing – which can help locate loose electrical connections, improper bearing lubrication, failing transformers, coupling misalignment, and overloaded motors or pumps – such problems can be detected before they pose a risk to the entire setup or electrical board.
An infrared testing mechanism can be placed both in the assembly line as well as for individual inspection. Manufacturers like Intel, AMD, Nvidia, and Texas Instruments use short-wave infrared cameras to detect defects during the fabrication process.

Infrared Cameras in Mechanical Engineering
From detecting leaks in condenser tubes to identifying overheating points in an assembly line to inspecting entire plants for temperature change (and control), high-tech infrared cameras are used across mechanical engineering systems. They are used to test mechanical and metallurgical components, product manufacturing assembly lines, as well as entire factories where slight changes in heat dissipation can aid in the prevention of an accident.
An example of infrared testing in this field would be the detection of tiny holes in an aluminum plate. Such holes are not visible to the naked eye nor via commercial vibrothermography systems. Infrared testing, on the other hand, provides a clear picture of the holes as well as their location. This can aid in better assembly and avoid mishaps originating out of such tiny gaping.
Such large-scale use often requires the support of huge infrared mechanisms where a single unit of IR camera won’t help. That is where CI Systems helps companies and manufacturers cover their entire assembly lines with infrared testers at suitable checkpoints. It specializes in the testing of such infrared equipment via different instruments like blackbody radiation sources, integrating spheres, and collimators.
CI Systems itself forecasts the use of infrared testing and thermal imaging as relevant techniques of non-destructive testing. With civilization on earth becoming an increasingly debatable topic – especially with the Covid-19 crisis – the requirement to build lighter, spotless machines is the need of the hour. There is rarely any industry where infrared testing cannot be applied to better the processes, and keeping that in mind, it is important that focus stays on such equipment and their auxiliary helping hands.

Infrared testing is still a widely used technique for many of the fields described above. How it can be further utilized to improve engineering is something left to the high stakeholders such as US Military, and large companies for example. Suppliers like CI Systems are helping these manufacturers meet their demands.