Making Sense of Collimators in the Testing of Imaging Systems

Testing the performance of imaging systems such as forward looking infrared radiometers (FLIR) is a vital task in the field of avionics, whether we’re talking about military or any other aircraft. The best way to examine the function of an imaging system is to use a systematized approach that can nevertheless be customized when necessary. When collimators are integrated with sources of blackbody radiation, and a target wheel is added to the focal plane, you end up with a reliable and repeatable method of testing. However, before you can use any given system, you must understand something of how it works.
A Guide to the Basic Structure of Collimators

Ahead of considering the function of collimators, we must first think about their structure. As with all things, the structure of a piece of equipment has a direct link to its function, and this must be understood. Collimators used in avionics for the purpose of calibrating imaging systems all possess the qualities outlined below:

The Main Reasons for Using a Collimator

The most important reason for using such a device in the field of avionics is to test, calibrate and measure the function of imaging systems such as FLIR. Ultimately, the purpose is to see whether all the elements are properly aligned on the correct optimal axis. Once this has been successfully achieved, the aforementioned elements can be set at the right level of focus.

You can even use testing equipment like this in order to compare the function of multiple devices in combination with each other. This is of particular use in military avionics when imaging systems are linked up to weapons systems. After all, you want to be able to trust that you’re going to hit the right target based on the information displayed by your images.

Another way a collimator can be used in the field of aviation is for the purpose of training pilots in flight simulators. When you place targets that have been projected to infinity in the focal plane, it looks like they have been put in the far field.

An Essential Part of FLIR Testing

The whole point of using collimators is to test the performance of FLIR systems in a standardized and thus repeatable way. This is done by projecting patterns of electromagnetic radiation in such a manner that it appears to be coming from very large distances that are vast enough to be conveniently assigned to be infinite. The properties of these devices facilitate a wide range of functions that are essential to imaging in avionics and aviation in general. 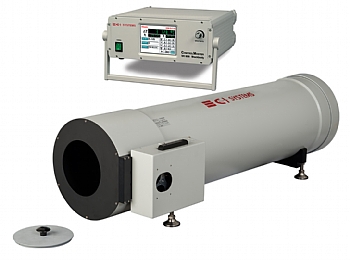 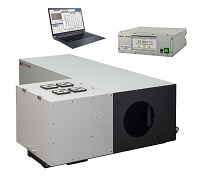 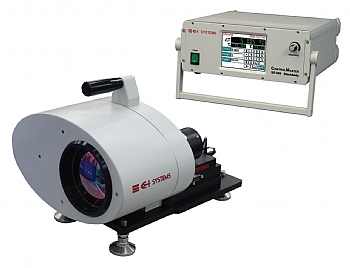 Spectroradiometers: Latest Trends and Modern Technology in the Field